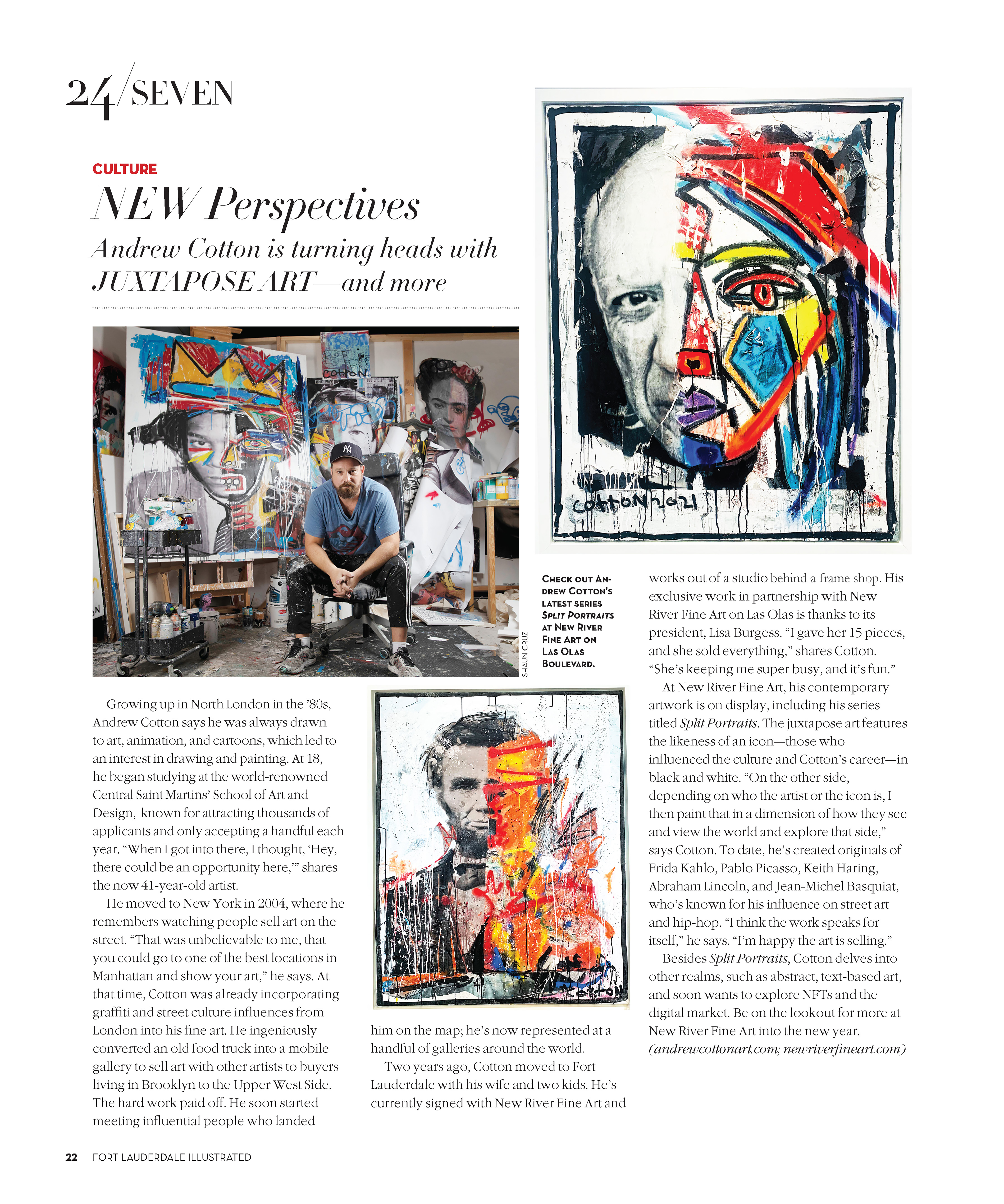 Growing up in North London in the ’80s, Andrew Cotton says he was always drawn to art, animation, and cartoons, which led to an interest in drawing and painting. At 18, he began studying at the world-renowned Central Saint Martins’ School of Art and Design, known for attracting thousands of applicants and only accepting a handful each year. “When I got into there, I thought, ‘Hey, there could be an opportunity here,’” shares the now 41-year-old artist.

He moved to New York in 2004, where he remembers watching people sell art on the street. “That was unbelievable to me, that you could go to one of the best locations in Manhattan and show your art,” he says. At that time, Cotton was already incorporating grafﬁti and street culture inﬂuences from London into his ﬁne art. He ingeniously converted an old food truck into a mobile gallery to sell art with other artists to buyers living in Brooklyn to the Upper West Side. The hard work paid off. He soon started meeting inﬂuential people who landed him on the map; he’s now represented at a handful of galleries around the world.

Two years ago, Cotton moved to Fort Lauderdale with his wife and two kids. He’s currently signed with New River Fine Art and works out of a studio behind a frame shop. His exclusive work in partnership with New River Fine Art on Las Olas is thanks to its president, Lisa Burgess. “I gave her 15 pieces, and she sold everything,” shares Cotton.

At New River Fine Art, his contemporary artwork is on display, including his series titled Split Portraits. The juxtapose art features the likeness of an icon—those who inﬂuenced the culture and Cotton’s career—in black and white. “On the other side, depending on who the artist or the icon is, I then paint that in a dimension of how they see and view the world and explore that side,” says Cotton. To date, he’s created originals of Frida Kahlo, Pablo Picasso, Keith Haring, Abraham Lincoln, and Jean-Michel Basquiat, who’s known for his inﬂuence on street art and hip-hop. “I think the work speaks for itself,” he says. “I’m happy the art is selling.”

Besides Split Portraits, Cotton delves into other realms, such as abstract, text-based art, and soon wants to explore NFTs and the digital market. Be on the lookout for more at New River Fine Art into the new year. 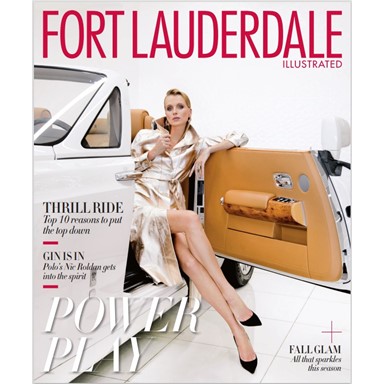